Need more hip and low back mobility? Start with Day 1 of our Hip/Low Back Mobility Program for free:

There are two categories of training where we find the pistol squat:

What we are talking about in this article is using the pistol squat for conditioning training, not movement training. There is no arguing that there are reasons to train a pistol for balance, coordination, body control, etc.

So what IS the double standard?

There are basically 3 main principles in squatting that I want an athlete to meet to consider it "good". Those are:

If someone was doing an air squat and their low back and upper back were rounded at the bottom, would you say "oh nice, that looks good!"? Of course not. We know we don't want to lose spinal positioning in the air squat, a back squat, or any other squat variation.

So how come when we use pistols instead of air squats we completely ignore the fact that everyone's low back and upper back is rounded at the bottom?

We sit there and go "wow those pistols look great" just because they got deep. But HOW they got deep in the pistol matters. Do we not see that their back is rounding?

The principles of good squatting shouldn't change whether you're standing on one leg or two legs. Why do we turn a blind eye when we are on one leg?

When we're doing high rep squatting, deadlifting, olympic lifting, etc, we want the lumbar spine to be kept in neutral to prevent low back injury. Most injuries in the low back are when it moves too much and we essentially end up with an overuse injury.

Why Does the Low Back Round More in a Pistol?

One of the reasons pistols lead to nearly everyone's low back rounding is hip anatomy. A squat is a game of balance. When you go from two legged to one legged squatting, your single foot has to be directly under your center of mass. This requires that the hip be relatively more adducted and internally rotated than a double legged squat.

So what? Hip flexion is reduced more in this internally rotated and adducted position due to the orientation of the hip socket. Some people have a hip socket that can better accommodate this motion than others. To see some cool pictures of hips to help this make more sense, check out this article on why we squat differently.

The Squat is a Balance Game

There are two primary places where this motion happens:

If you lack ankle or hip range of motion, either your heel will have to lift off the ground or you will curl your spine. This is all in an attempt to keep balanced over your foot.

As you descend into the pistol, if it becomes relatively easier for your body to move through the spine than the hip/ankle, then the back rounds. It's a matter of relative joint mobility, stiffness, and your pattern.

Are you saying don't pistol for high reps?

Yes, that is exactly what I am saying IF you don't have the ankle and hip range to not round your back. I would say the same thing about an air squat if someone rounded their back every time they squatted, wouldn’t you?

In this first picture, you can see that Alanna's lumbar spine stays in its neutral position and her lordosis doesn't reverese. 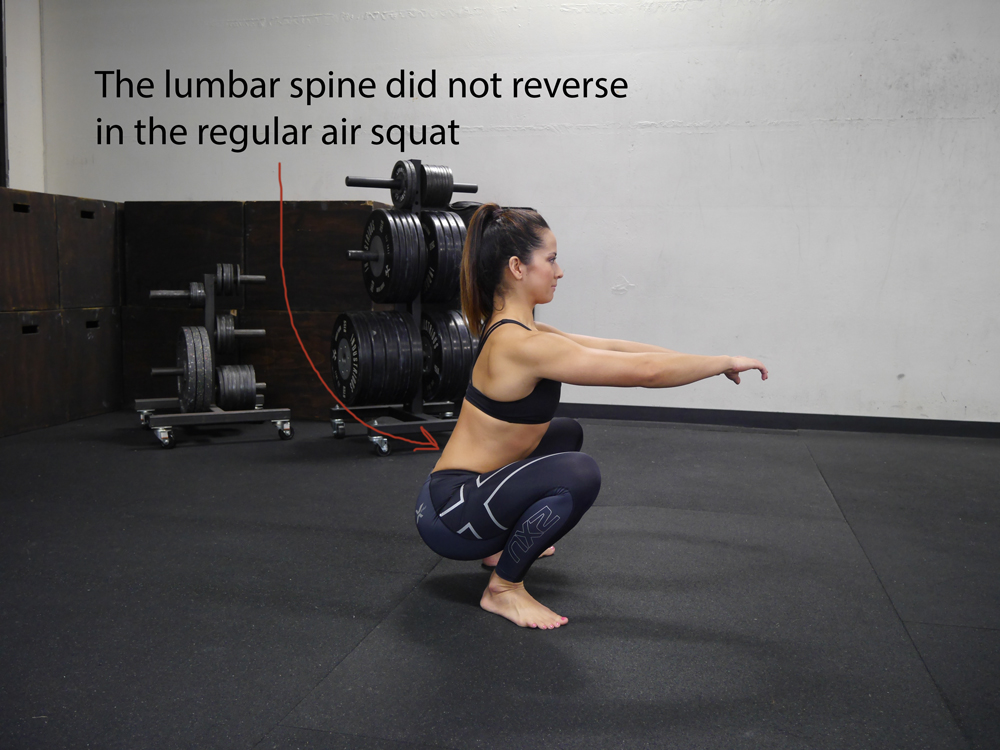 In this second picture when she is doing a pistol, you can see that she loses her lumbar spine positioning and her lumbar curve reverses. Alanna's loss of lumbar lordosis in the pistol is mild in comparison to what you will see when you start analyzing this among other people. She has a lot of ankle and hip mobility that allow her to gain pistol depth, but even with her mobility, she still has to round her lumbar spine to get there. 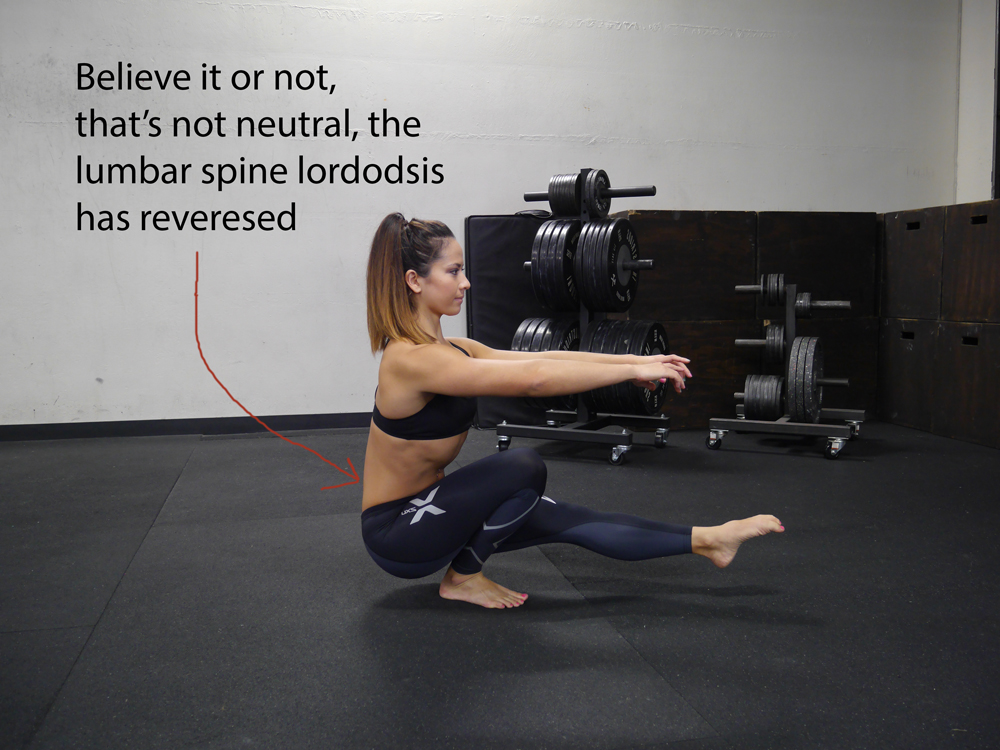 So what can we do instead?

Bulgarian split squats or rear foot elevated split squats! You can still get a ton of strength on one leg without having your low back round. See the end of the video at the top of the article for a brief look at the split squat if you are unfamiliar with it.

But I want to work on my pistols!

Pistols aren't inherently bad. Low back rounding and losing squatting mechanics is the issue in high reps with intensity. If we can work on hip mobility and ankle mobility to improve the pistol, then let's do it! But don't put yourself at risk of back injury for the sake of doing pistols in a workout.

Here is a video working on squat mobility

Remember, this article is about using the pistol for strength and conditioning training. In those applications, we should judge it by the same standards as the air squat.

In "movement training", it makes sense to allow the lumbar spine to round in a pistol. It is normal range of motion for the lumbar spine. When we start allowing that to happen during strength and conditioning training though, we run into problems. So...

What to Read Next

Commonly Misunderstood Words in Movement and Mobility In this post I will be sharing my thoughts on common words used in the movement and fitness world with a focus on how to better define them conceptually, and where applicable, mathematically. Each day...

END_OF_DOCUMENT_TOKEN_TO_BE_REPLACED

How to Stretch Shoulder Extension

How to Stretch Shoulder Extension Learn how to stretch your shoulder extension Want better shoulder mobility? Download Day 1 of our Shoulder Mobility Program for free: Option 1 For many people, option 1 will be the best option, especially if...

END_OF_DOCUMENT_TOKEN_TO_BE_REPLACED

Why Shoulders HAVE to Move Differently

All shoulders have to move differently and stretching won't fix every problem. Learn how the anatomy affects overhead lifting.

END_OF_DOCUMENT_TOKEN_TO_BE_REPLACED

Get all our latest articles sent directly to your inbox

Free Resources to help you
achieve your goals