The REAL 'Purpose' of the Butt Wink

Oh the butt wink, such a hot topic.

First, let's look at a few picture where motion is happening purely at the hip joint itself. 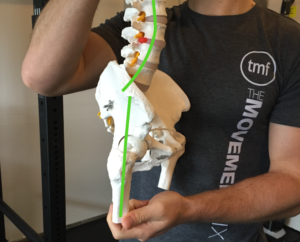 The picture on the left and right have the same spinal curvature, same hip socket orientation, the only difference is there was motion in JUST the hip joint.

Now let's take a look at what happens when you move the hip joint itself in the pictures below. 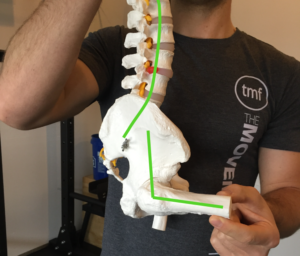 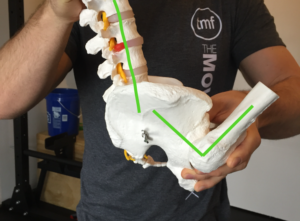 In both of these pictures, femur is in the same position relative to the hip joint, however, the picture on the right would appear as a 'deeper squat' position. The reason for that isn't because more hip motion occurred, its because the hip joint ITSELF was re-positioned. That re-positioning requires the low back to round.

Let's take the femur out of the picture to more carefully look at how the socket of the hip is moved in space. 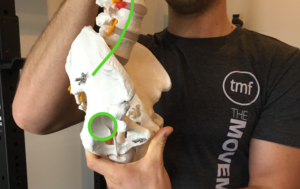 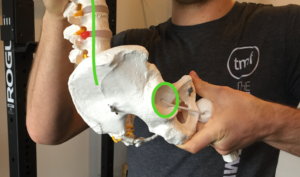 These pictures are the same as the 2 above, except I took the femur out of the socket. Now you can see how the hip socket itself is repositioned during the 'butt wink'.

The PURPOSE of the butt wink is re-orientation of the socket. The question would be WHY does the athlete reposition the hip socket? Is it because they have a hip joint mobility issue? Since they can't move in the hip joint, they have to move the socket?

I put together a detailed document on how you can do a basic squat assessment. Click the link below to get access to that document.

Now, the question is, is the butt wink such a bad thing? The answer depends on the situation.

If someone is doing hip rep squatting or heavy squatting, I want the motion to occur IN their hip joint rather than repositioning the hip joint.

If someone is just hanging out to relax in a squat, I don't care that much.

Interestingly, in the shoulder, we re-position the shoulder SOCKET all the time!! We call that scapular or shoulder blade motion.

I hope you found this interesting.

Did you enjoy this post? Yes? Great! Enter your e-mail below to get all our posts e-mailed to you! No spam.